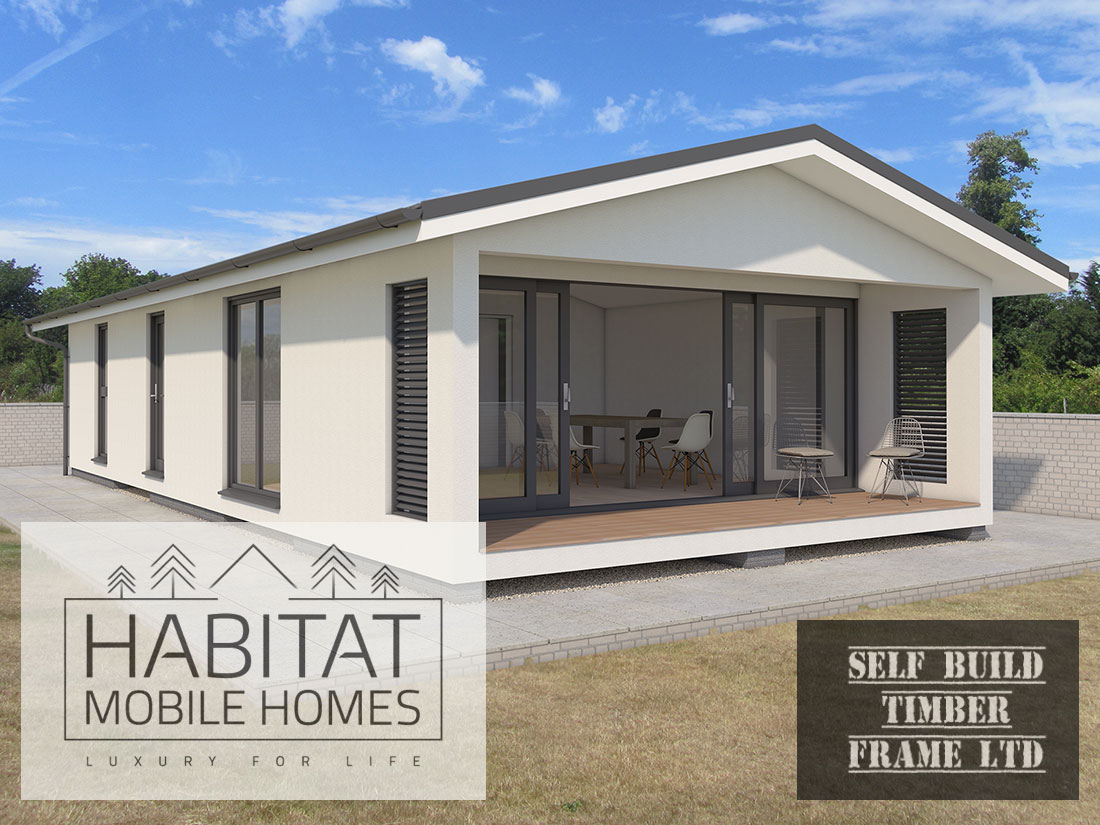 We build Mobile Homes with the same materials, wall thicknesses, insulation and internal finishes as a normal new-build residential house, whist still conforming to the definition of a Mobile Home / Caravan, making them probably the best quality mobile homes available. These buildings have a lifespan of well over 100years. They’re not like most commercial park homes and static caravans that depreciate and deteriorate at a much quicker rate or the imported log cabins. The walls are 150mm thick, just like a new-build house, and fully insulated. Our interiors are plaster-boarded and finished like conventional homes, giving the clean, solid interior and modern feel that most commercially manufactured caravans lack.

Our chassis are made of super thick timber beams instead of the metal chassis with wheels that most caravans have, this gives less movement and a greater structural integrity, it feels more solid under the foot, it also allows the building to sit much lower to the base. The tow-bar and wheels are detachable. When finished these mobile homes don’t look any different from a regular building, both inside and out.

What are Mobile Homes? General Definition…

Mobile Home refers to any building that has been deigned and constructed to be transportable by road in one or two sections. Once assembled you must be able to move the building around site in one section and the structure must also remain divisible for road transport in no more than two sections. Mobile Homes are no larger than 20 x 6.8m (that’s 65 x 23FT) with an internal maximum height of 305cms. Legally mobile homes can still be defined as ‘Caravans’.

Mobile Homes fall into two general categories, single units or static caravans and twin-units or park-homes. Static caravans are no wider than 14ft, allowing them to transported in one complete section. Twin-Units are transported in two halves which are bolted together on-site and remain divisible.

Can Mobile Homes be built on-site?

(This is not Legal advise) Most mobile Homes and static caravans are made in a factory and delivered fully finished to site in one or two halves. However, they don’t have to be made in factories. Single units or static caravans can be built on-site usually with no restriction but the Caravans Act was modified in 1968 to bring in new laws about ‘twin-unit’ mobile homes. It states these must be composed of no more than two sections separately constructed and assembled by means of bolts and clamps. The law can be interpreted as allowing twin unit mobile homes to be constructed on site but they must be built in two completely separate sections and the ‘last act’ of building would be to join the sections together with bolts and clams.

In 1997 an Appeal Decision by an Inspector appointed for the Secretary of State for Transport, Local Government and the Regions was made with regards to building twin unit mobile homes on-site (Ref: APP/N1025/C/01/1074589) “Though the Park Home was delivered by lorry in many pieces, I see no requirement in section 13(1)(a) of the Caravans Act that the process of creating two separate sections must take place away from the site on which they are then joined together. It is necessary only that the act of joining the two sections together should be the final act of assembly.”

Current Legal Definition of a Caravan

Section 29 (1) of the Caravan Sites and Control of Development Act 1960 defined a caravan as:
“… Any structure designed or adapted for human habitation which is capable of being moved from one place to another (whether being towed, or by being transported on a motor vehicle or trailer) and any mother vehicle so designed or adapted but does not include
(A) Any railway rolling stock which is for the time being on rails forming part of a system, or
(B) Any tent”

This definition has been modified be section 13 (1) of the Caravan Sites Act 1968, which deals with twin-unit caravans. Section 13 (1) provides that:

“A structure designed or adapted for human habitation which:
(A) Is composed of not more than two sections separately constructed and designed to be assembled on a site by means of bolts, clamps and other devices; and
(B) Is, when assembled, physically capable of being moved by road from one place to another (whether being towed, or by being transported on a motor vehicle or trailer), shall not be treated as not being (or have been) a caravan within the means of Part 1 of the Caravan Sites Control of Development Act 1960 by reason only that it cannot lawfully be moved on a highway when assembled”.

Planning Permission For Caravans and Mobile Homes in the Garden

A caravan may be parked temporarily (in the same manner as a car) within the curtilage of a domestic property without the need for planning permission, unless there are limiting conditions applied when the house was built and/or sited in a Conservation Area. A caravan may also be used in a manner ancillary to the residential property; that is, in addition to the use of the house, but not as someone’s separate dwelling. You can use a caravan as, say, a granny annex, but it must not become someone’s “only or main residence”. There must remain a relationship between the caravan and the house, so, for example, meals could be taken in the house. Use the caravan simply in the manner of an extra room / bedroom. The usage of the caravan must be ‘incidental’ i.e. accompanying the use, of the main dwelling house. In these cases you will not need planning permission. In cases where the caravan is to be sited outside of the ‘domestic grounds’ of the dwelling house or the use is not incidental you will need to contact the Council for a ‘Certificate of Lawful Use of a Caravan’. 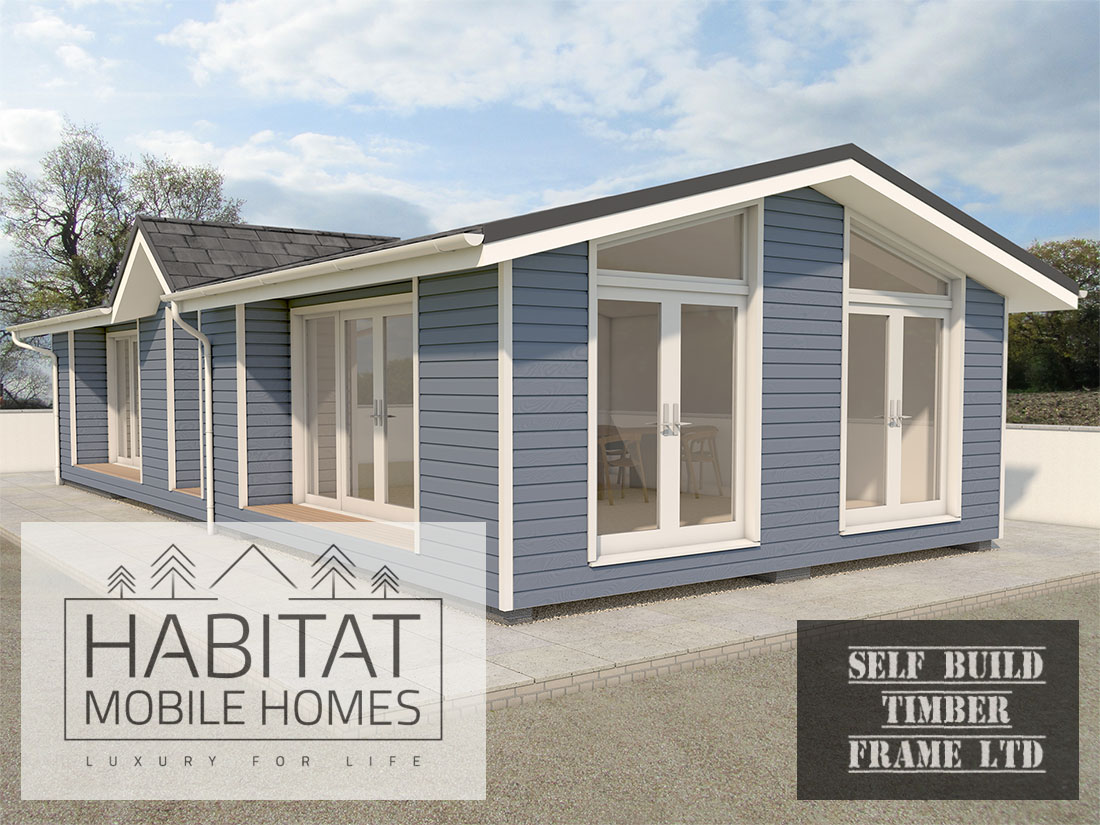